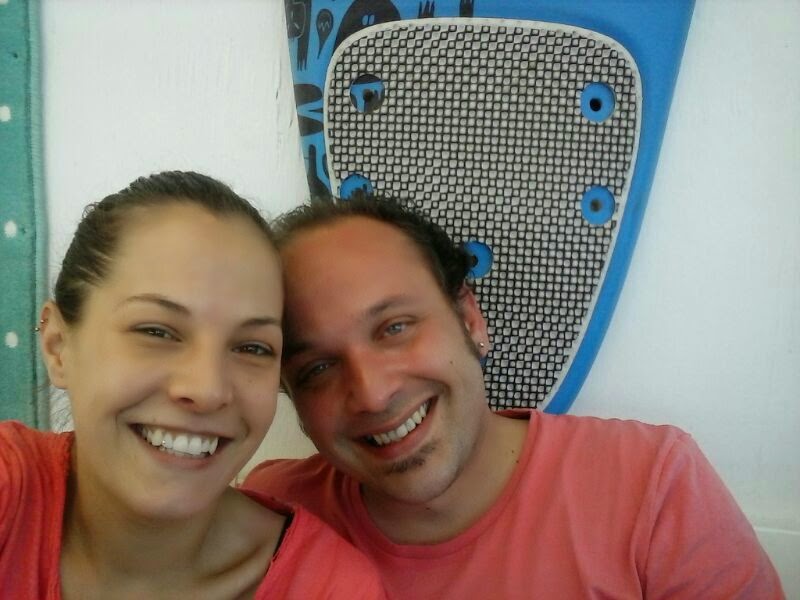 And that is our story, sweetie.

When i first meet Saray, this is her name, she is serving in a terrace in front of a bar near Marina street, Barcelona. The same street where one of the "Illuminati" had opened another 40 meters ahead. She was mommy a year earlier.

She was working in the restaurant of his husband and I start to go there after that who I was calling brother go there every day. She was beautiful and i when i stop to work at twelve to eat something always i was going here.

We start to meet, i fall in love with her. She was very unsatisfied with her relationship and a little bit depressed because she takes sedatives. Another strange behavior of this woman was that working at the bar sometimes mans go to see her perhaps for casual reports. It was very strange she doesn't look happy to do this. Sometimes she seems to me super exited.

And now I know why, she was victim of the steam Machine of the neural control network and she was, and nowadays is, continuously masturbated by radio frequency. But seven years ago I didn't know what it was and I couldn't help her. I would have liked to understand what was happening to her, what the sudden changes of character were due to. Because she seemed so worried and nervous many times. Although I immediately knew it was her, the most important woman in my life.

Now I know that two years earlier in 2011 when she was in love with her husband, a stalker, a criminal, a human hacker, who I call "the butcher" virtual rape her and put her in the synthetic telepathy network and after he breaks her love story with the father of her son, who i love too, he starts to use her to destroy families, to start the vortex of bet about them life and to induct to suicide them.

But I didn't know it. I was an ignorant. I'm so sorry Saray, I'm crying all the days. I'm so sorry sweetie. I'm so sad to not completely understand you. Sorry.

He create a tool, what I've described as Mantis. A tool to hunt new pries of this hell network, a prostitute to satisfy special services, and a suicide actress. All of this with coercion over her baby. All of this with mental violence. All in the pyramid number four of the "Illuminati" pseudo dictatorship gain money over her body. All. And I know all of them, I'm writing this book to let my readers understand the real danger that has got a big stalker like him a the democratic society. She has been violating her for eleven years and has never even made her a sign because with the steam machine and unreal engine visual cortex injection it makes her lives the most horrible experiences full of blood pain and violent sex. In Barcelona many girls are in the same condition. No one knows how to denounce this monster. And I want to stop it. She is her slave. She needs help.

She is under a suicide bet vortex from about ten years. People bet and gain money over her sexuality. I listen her voice and see her in my dreams with visual cortex injection and brainwave rewrite from July of 2018. I've understand all now, she is enslaved in a house with four man taking cocaine all the day and fucking. Every Thursday she is sold to doing orgies with probably monks dressed as civilians. In the network her body is sold to beasts. Her brain is divided in multi task sessions and her shape is utilized in Barcelona to induct to suicide. She has to satisfy sexual necessity of people who sell drug for this monster.

I really need help. She lost the custody of her baby. I need help.

This woman is wonderful, only has sentiment in her heart and she is victim of sexual harassment from a decade. She doesn't denunciate because of her son. I'll do it for you, sorry for delay. Sorry.

She was threatened to go away from our house in Canyelles and join a body building trainer. Now it's three years that is heavily sold. Now she has done horrible thinks and her mind doesn't break her mental chains. Her mind doesn't understand that life goes on and that those criminals have to get jailed all.

But I will do it for you sweetie. And for your son. I love you. 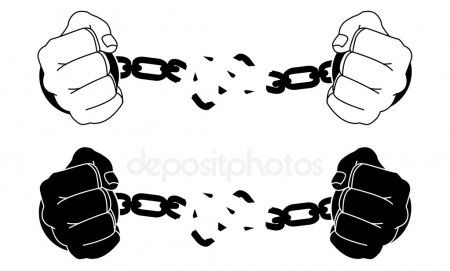 What they forced her in the systematic destruction of my life

So I meet Saray on September 2012 and start a relationship with her on 11 of January of 2013. She was married by the town hall with her husband David. She got a baby of more or less one year old. She was very angry with her husband and I start to meet her in them bar. 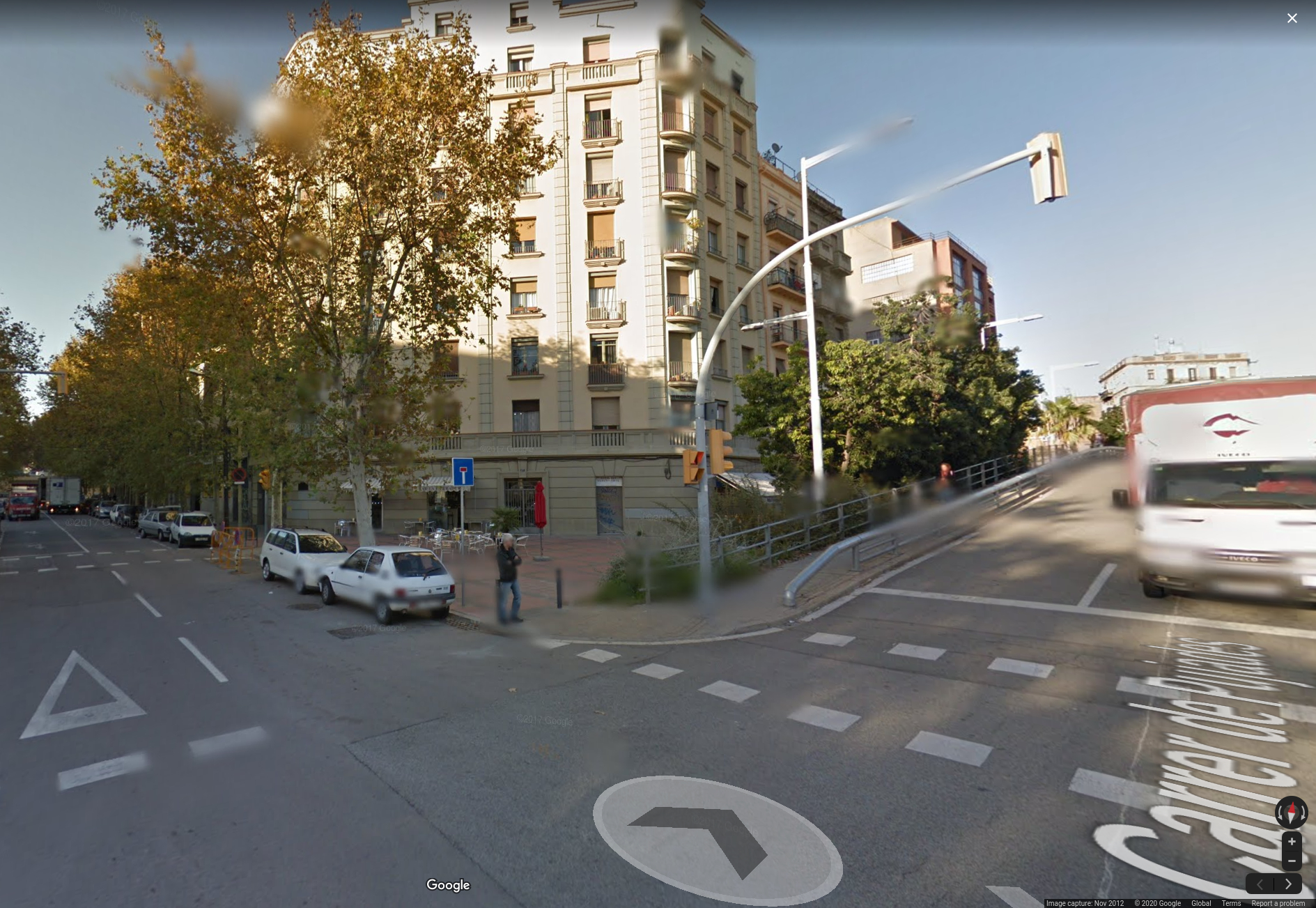 To resume the strange thinks that I've notice about her: 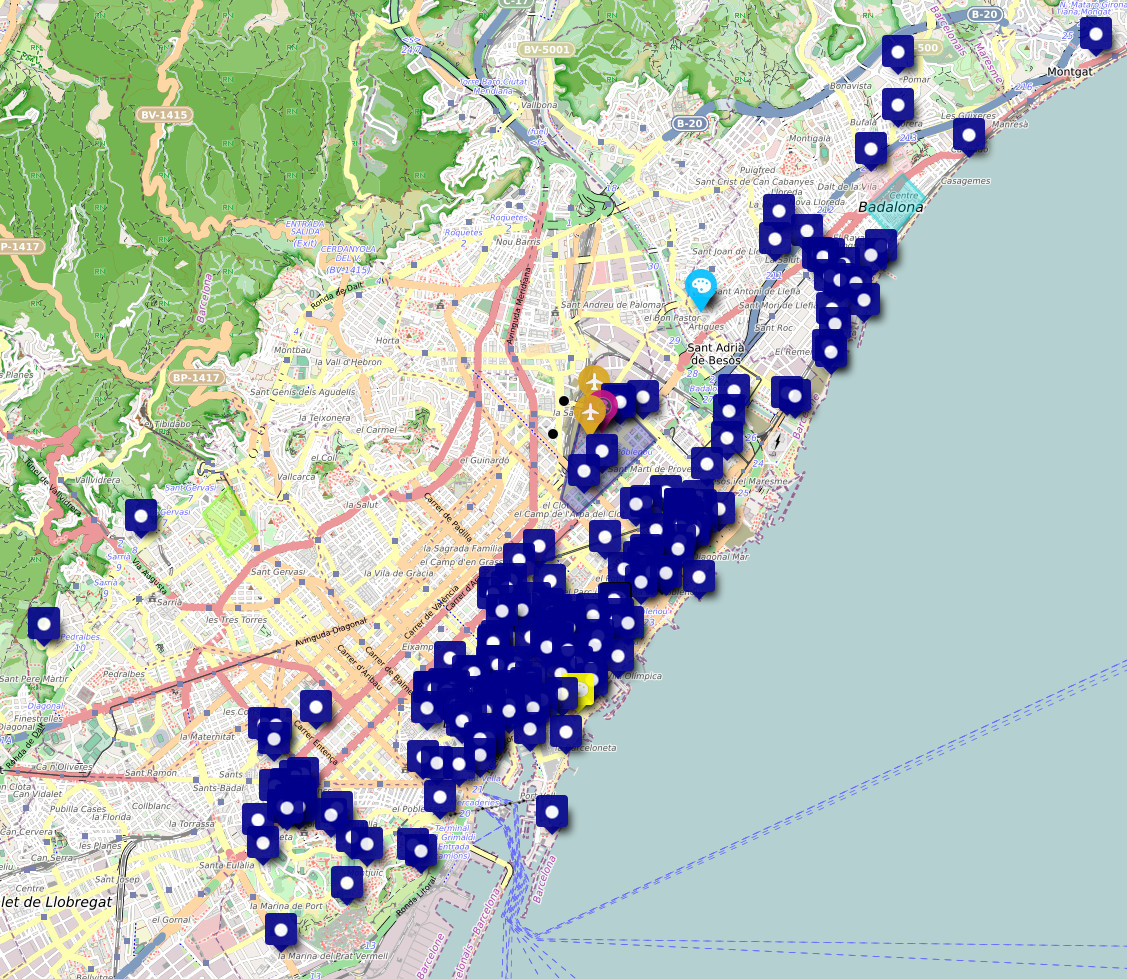 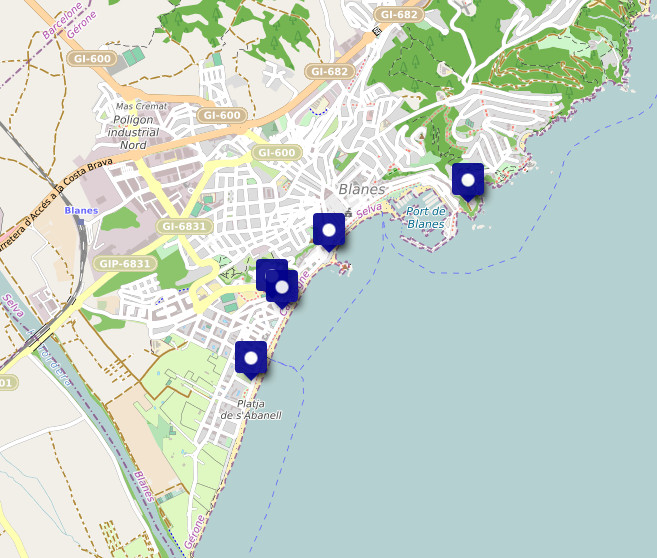 I've done four times the "Pilgrimage of Compostela" in front my family, of you and of all the people that I've known in my life. All in the synthetic telepathy network where my mother touch my penis with her right side brain. And you cannot call me. Have an happy new year.

After one year of a fascist practice called "luz de gas" in the Barcelona capital I start seeing her in the audiovisual machine, sstv protocol streamed into my visual cortex and holograms that could have been visualized by everyone also not in my same neural control bell, and listen to her voice in subliminal voice chat.

The maps above sign like almost every where I've seen here. I've walked four times between July 2018 and September 2019 the road of Barcelona and neighboring the terrible power of the Machine used to induct to suicide a citizen in front of the public administration, police and others citizens. This is an international scandal. Someone in Catalunya use this audiovisual monster to do gangstalking to put people in the parimutuel betting system and the B-side of the technological big firm to do development using the brain and biological value under extreme stress of target individuals.

Those fellows, absolutely to be considered as the most dangerous criminals in Europe currently, are the stupid little bitch from Genoa, Italy, and the butcher a Catalan big noble.

Saray got a baby and she is a victim of this technological monster from about fifteen years. Saray has to be an actress of suicide because people here are slave. She is a slave. And she acted and was violated a thousand times in front of me to induce me to commit suicide. I am a victim of betting over my life. And all the Spanish and Italian nobility play these games of psychological violence where ordinary people, like me and Saray, are subjected to torture, continuous sexual violence and our children are raped in turn.

I absolutely ask the Spanish and Italian public administration for help to stop this massacre that is destroying a Europe increasingly divided by inferior conspiracy theorists who use this system they call "techno" to bring back fascism and probably a world war. Help. Saray and I love each other and are ordinary people with absolute need for justice. Help.

What do I found on Internet and radio about her? 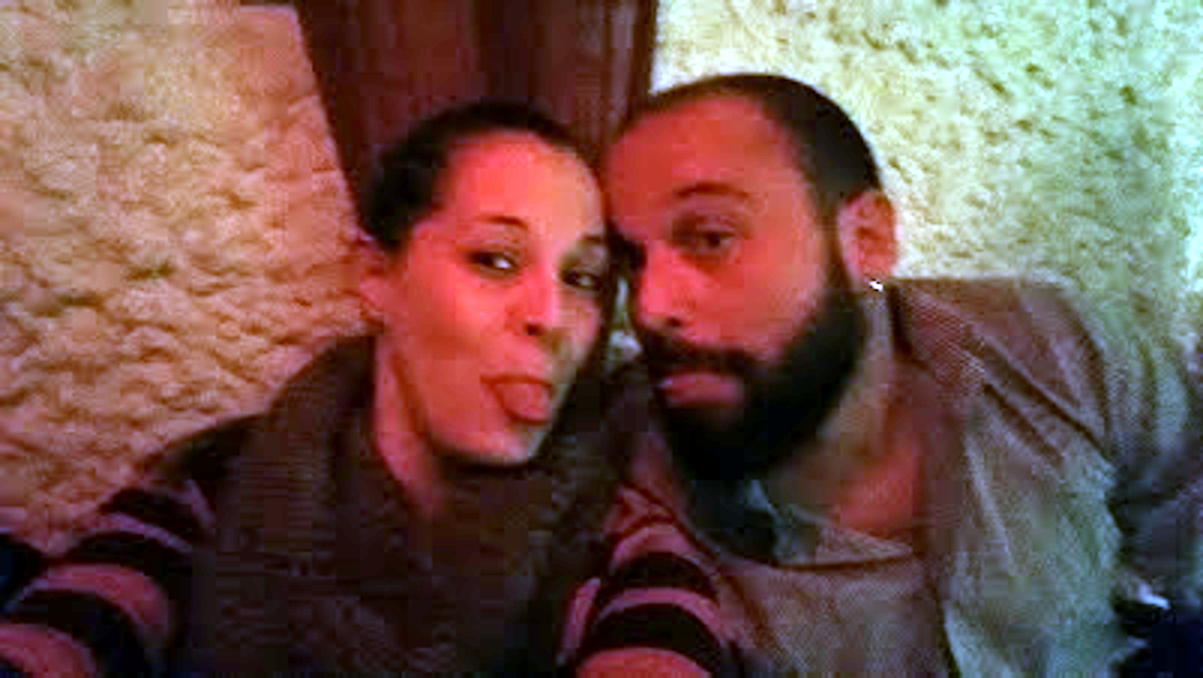 This is very difficult to understand but it's without any doubt something related to Catholic Church. But in reality what is the real point of interest? It's obvious money. I think that me and Saray in our lineage tree got something very important and very precious. We are certainly owners of something whose existence we totally ignore. They tortured us electronically as well as they deprived me of any material goods and sold her as a prostitute to her, constantly threatening her with her minor daughter. It's a scandal. We both thirst for justice because the state is and always will be a secular institution. In her playlist in youtube she put videos of onvis, an absurdity that doesn't exist. They brainwash her. She doesn't reply to me. Never.

How is used in the digital Mafia? 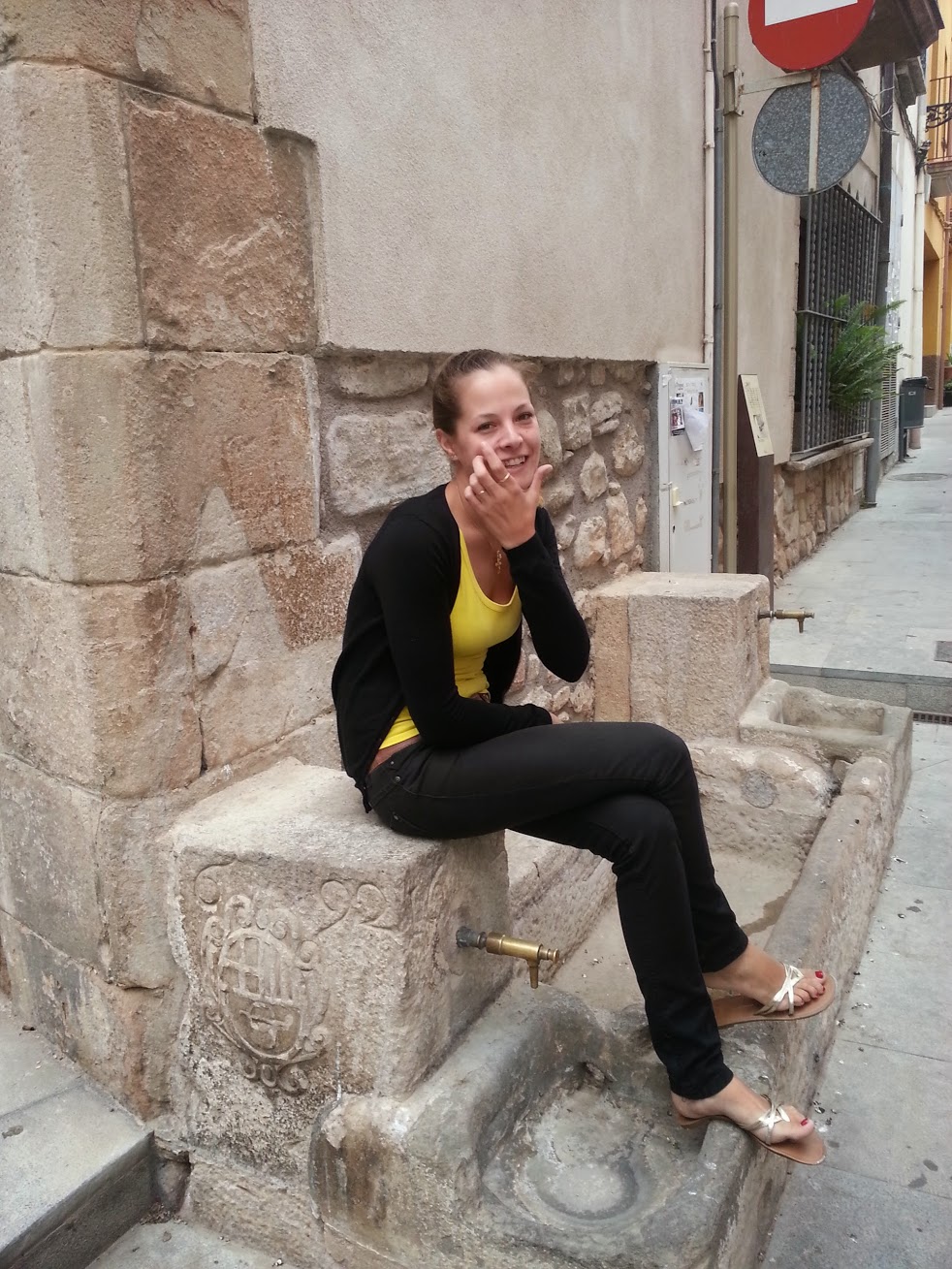 This woman, that is the most beautiful woman that I've seen in my life, is a victim of this hell network in Barcelona. She is utilized to induct to suicide victims of frauds. Normal businessman, like I was. This woman is the mother of a fantastic little child and she is under continuous coaction and she is forced to have sex in radio, in transposition that is cancerous but also in physic.

This woman is an heroine when she knows that I've fall into this noble network like a victim, where normally people dies, she goes to the chief to help me and is three years that she is sold.

This woman is from when she was a child that is used in the Franco's network in Spain to do sexual favors to big families.

In Catalunya the noble network is owned by a big noble family and, as usual they call it game, they found a Mafia that is called "Sagrada Familia" that is dedicated to drug, prostitution in radio and physic and hacking that in noble terms is "human hacking" or better saying destroying noble families with infidelity. This is how nobles call the "world wide hacker scene".

This woman is a target individual, from the state and the church. The only explanation is that she is also victim of child trafficking. Or she is from a noble family that have disinherited a branch of the family.

I love you for ever, sweetie. Just call me and we'll fight together for our freedom. I promise you. For ever. In the remote parimutuel betting neural application a king call you moon, so they bet if I follow the moon phases in Barcelona for two years or more. Another king, me, call you, Saray, my sun flower.

I just love you.